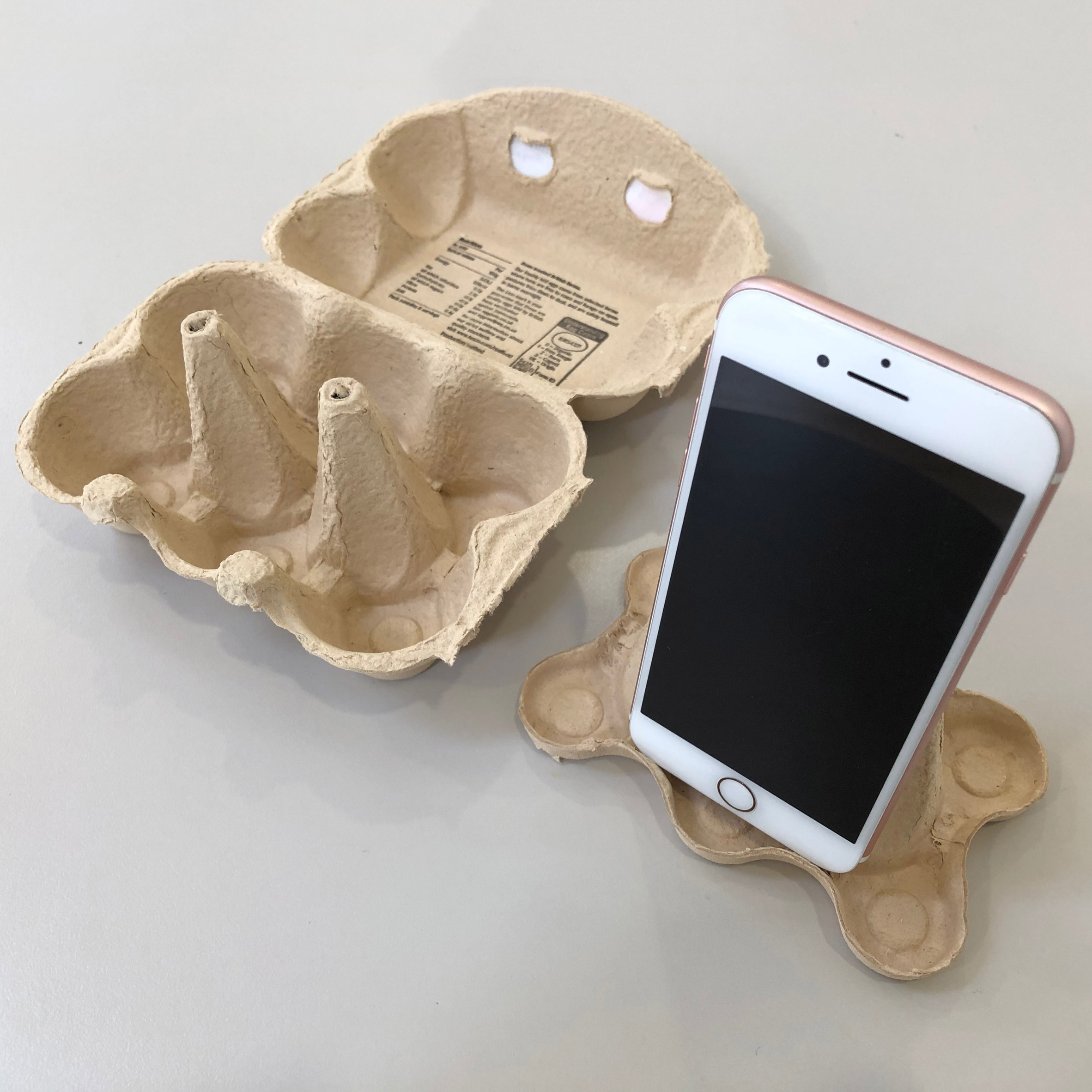 Transportation designer Paul Priestman has shared his hack for making a smartphone stand from an egg box to avoid "bad angles" and painful "phone arm" when video calling during the pandemic.

In the video, the PriestmanGoode co-founder demonstrates "the perfect lockdown life hack" of how to fashion a phone holder from just an egg box and a pair of scissors in under two minutes.

The idea came out of "necessity", he explained, as people continue to work from home during the coronavirus pandemic, leading to an increased amount of time spent on digital devices as the only form of communication. 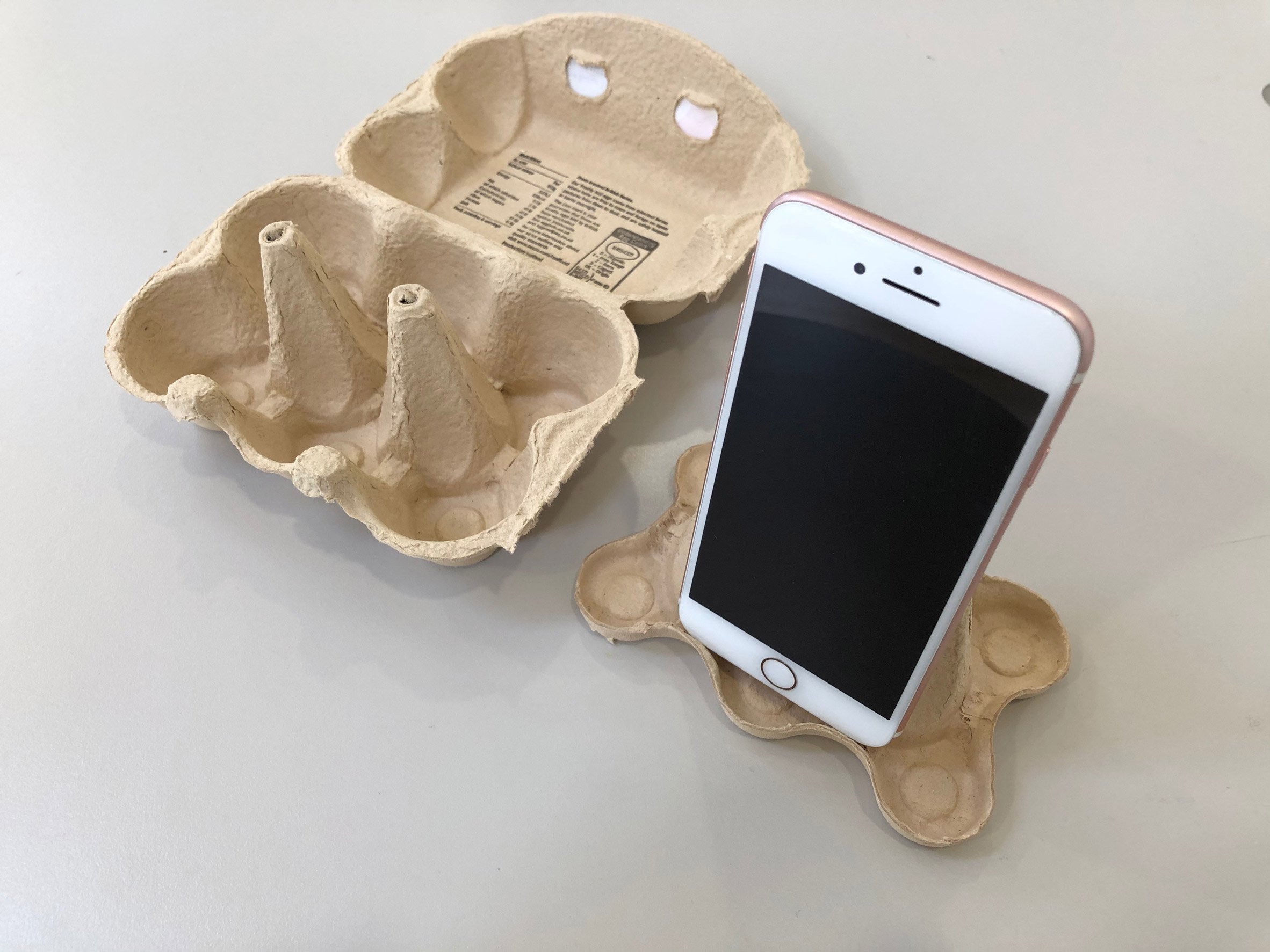 "As I'm sure many others will identify with, I've spent a lot of time on video calls since the beginning of lockdown, both with work and with family and friends," said Priestman.

"I kept getting 'phone arm', where you hold the phone at arm's length so long your arm starts hurting, and was perpetually trying to find useful things to prop my phone up against, so that it wouldn’t slip halfway through a call."

"And almost daily on the news, I'd watch someone doing an interview on their phone from an awkward angle," he continued. 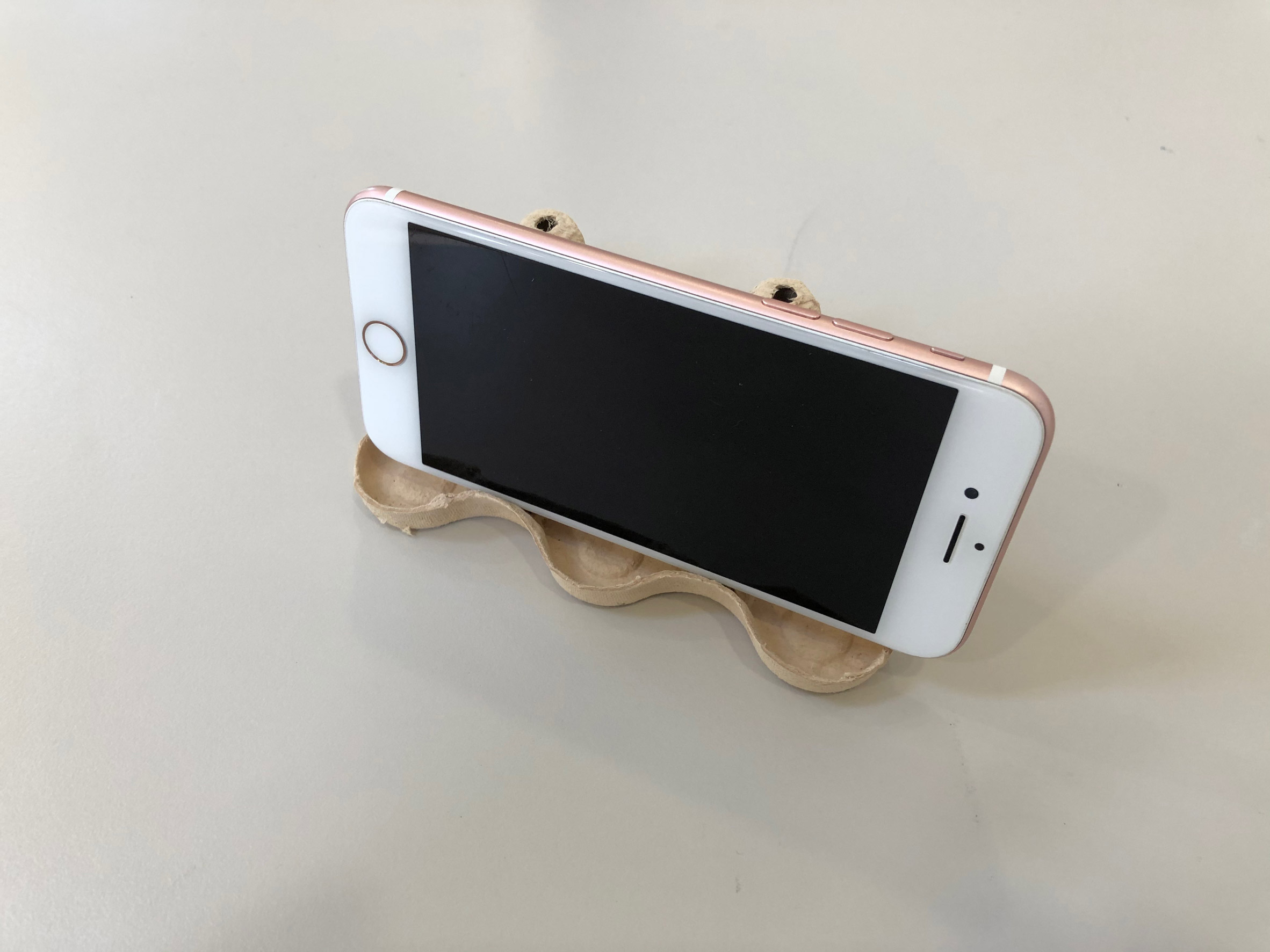 Priestman began looking for materials around his house, and used an old wine box to make his first prototype.

He made various different versions, refining the design at each step to make sure it met a series of requirements, including being hands-free, offering a good angle and being suitable for both portrait and landscape orientations.

He also wanted to be able to swipe the phone while it is in the holder, and charge it while in use. 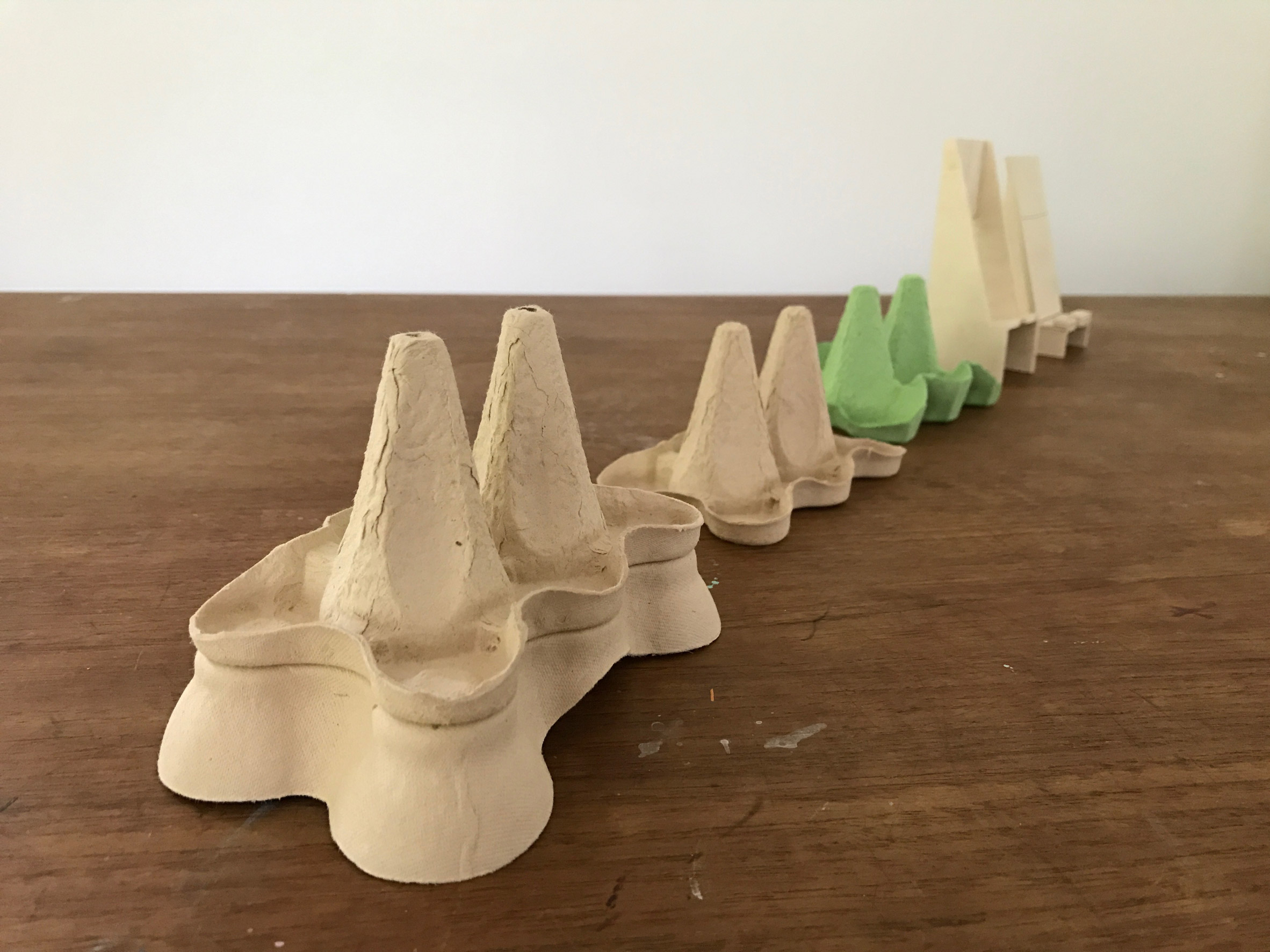 "My goal was to create something that people would be able to make in their own homes, without any tools, and with everyday materials," said Priestman. "Eventually, I came to the egg box, and found it the perfect material."

"It's something most people will have at home, the textured surface of the egg box is naturally non-slip, it gives the perfect angle in both portrait and landscape formats, it requires no tools other than a pair of scissors and can be made in under two minutes." 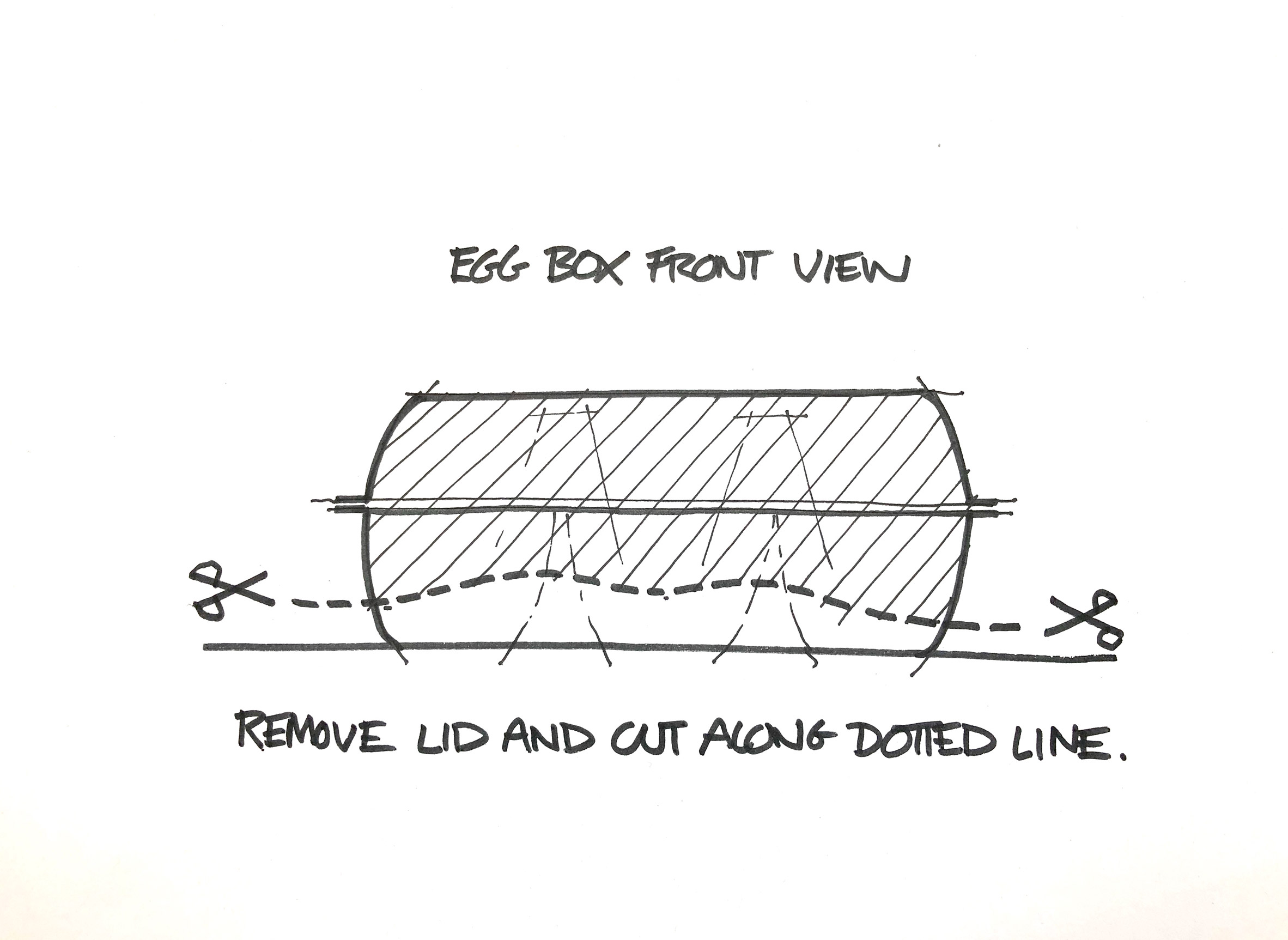 As Priestman explains in the video, you take an ordinary fibre egg tray and cut off the lid.

Discard the lid, and then cut around the bottom of the egg box, giving a bit more height to the area where the phone will sit in order to give it enough grip.

Neaten it up by snipping off any rough parts, and then the phone can be rested inside the box, kept in position by the box's undulating edges and pyramid-shaped protrusions at its centre. 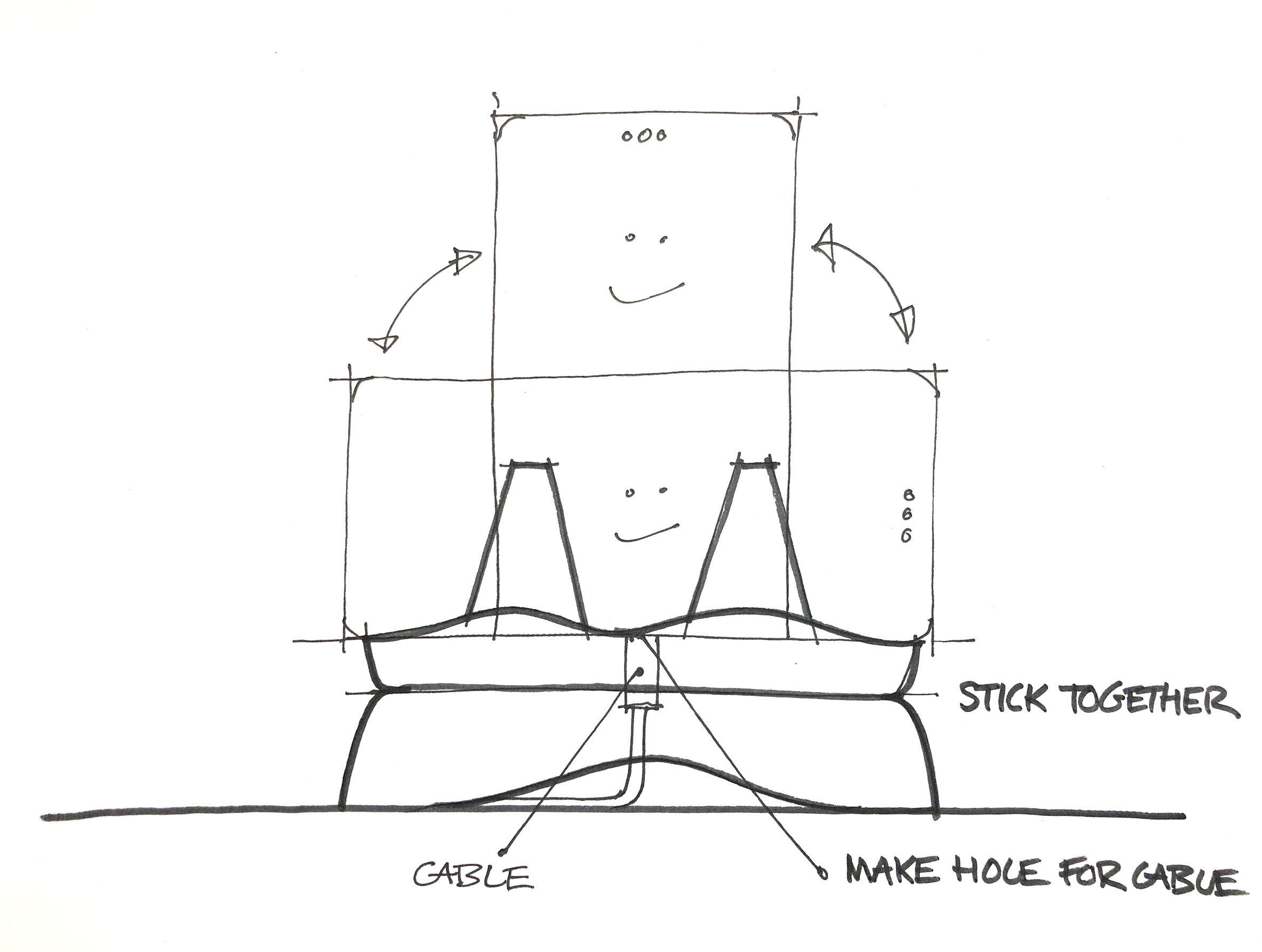 These instructions are for the "basic" version of the phone holder. The second version allows the user to charge their phone while in use, and requires two egg boxes.

Both boxes are cut in the same way as the basic version, before turning one upside down and sticking it to the other and making a hole through the base for the cable to fit through.

Other designers have been coming up with "hacks" to allow for hands-free door opening in a bid to lessen the spread of bacteria.

Design studio Adapta has created a device to fit to handles that enables people to open the door using an arm or elbow, while Matteo Zallio has 3D-printed a personal tool that uses a hook design to open doors.