What a waste! by Laura Mucha

When I began writing for children, I was determined to illustrate my work myself. So I did numerous courses in topics ranging from painting to Photoshop, drawing to collage, and anything specifically on children’s book illustration.

I came to the slow, painful realisation that I wasn’t going to be good enough to illustrate picture books without a few more years of life drawing, so decided to give up on illustration and focus on my writing.

When people hear this, they often say, ‘You spent HOW MUCH!?’ or ‘How FRUSTRATING!’ and ‘What a WASTE!’ However spending a small fortune on studying illustration was anything but. It was invaluable – not just for my understanding of children’s book illustration and the creative process more generally, but also for my writing.

Here are some of the lessons I learned along the way.

Make a mess (The Slade)

Day one of a painting course at The Slade, I remember spending an inordinate amount of time trying to get the nice, neat lines in place so that I could make something nice and… er… neat.

But my nice and neat work was BORING because my textures were bland and there was no feeling or energy in there as I spent all my time worrying about line.

The tutor came over and told me to stop what I was doing. She laid large plastic sheets on the floor and instructed me to make a mess.

Encouraged by fellow students, I did. I ruined some clothes and shoes in the process, but it was worth it. I threw, squelched and smooshed the paint, then did the same the next week and the week after, before eventually stepping back to look at what I had and think about how I could tidy it up (with those beloved lines). 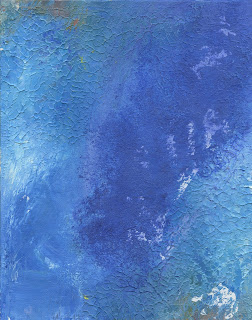 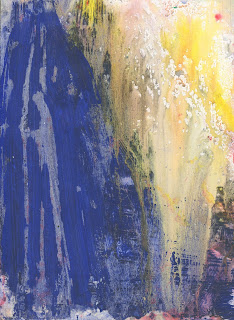 I wasted months, possibly years, doing the equivalent in writing for adults and children – perfecting the detail before ensuring that the content was interesting and feeling-full. It doesn’t matter whether the full stops are perfect if the sentence is tedious and unnecessary…

Now I have a strict policy of throwing, squelching and smooshing words, before doing any sort of tidying. Only after my shoes and clothes are decimated will I even consider shaping them into lines.

Get it on the page (Central Saint Martins)

I was very busy staring at a blank piece of paper at Central Saint Martins when my tutor spotted me. He watched for a while before shuffling over and saying, ‘Don’t keep it in your head, you’ll only know if it works when you get it on the page’.

My first reaction was

But, as he was the tutor and therefore knew everything, I took his advice. And I’m glad I did. What I could have spent another hour (or five) mulling over became very clear as soon as ink hit paper. I’ve found it’s the same with writing.

Writers disagree on how much you should think before getting your pens out. RL Stine, for example, plots the whole story before writing the chapters, whereas Stephen King doesn’t plot at all and instead begins with a situation (and some bland characters). I think I’m a mix of the two. I spend plenty of time thinking, but some of the most important creative work happens when I’m trying things out on the page.

Seeing something on the white space, seeing how many words there are, where the page breaks will be, and what the font size is helps clarify things. It also helps generate ideas and leads to those delicious ‘ooooooh’ and ‘ahhhhhh’ moments that make creativity worthwhile.

I spent a very long time studying the visual pacing of picture books and quickly learned I didn’t want them to be uniform in terms of size or angle on each page. I wanted some close ups, some zooming out, some double spreads, some smaller images. But it’s not just the images that need pacing – so do the words.

A story shouldn’t be like a uniform set of steps. Some parts should be smoother, then suddenly steep, then you should face a terrible drop and wonder how on earth you’re going to escape, only for there to be a way down (or up) that you hadn’t thought of.

Creating a story where you find yourself stuck at the top of a cliff wondering how the hell you’re going to get down can obviously be a bit stressful… But I think it gets easier with time because you have more and more faith that you’ll figure it out. (Either that or you just start to carry a parachute with you.) 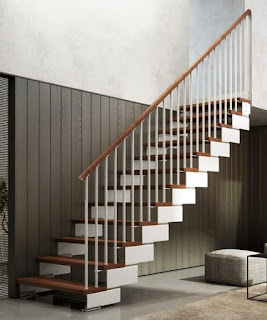 Steps that make for a boring story 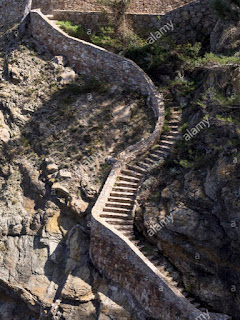 Studying how to draw, paint, collage, and illustrate was time and money well spent. And I highly recommend it to anyone, even if they have absolutely no intention of illustrating themselves.

Laura Mucha is an award-winning poet and author. Her latest book is Rita’s Rabbit illustrated by Hannah Peck (Faber) and you can read /listen to her work at lauramucha.com. @lauramucha