I mean, like literally. These are hot and cheesy and super comforting and delicious!

Such a good, satisfying summer meal. I can’t get enough. 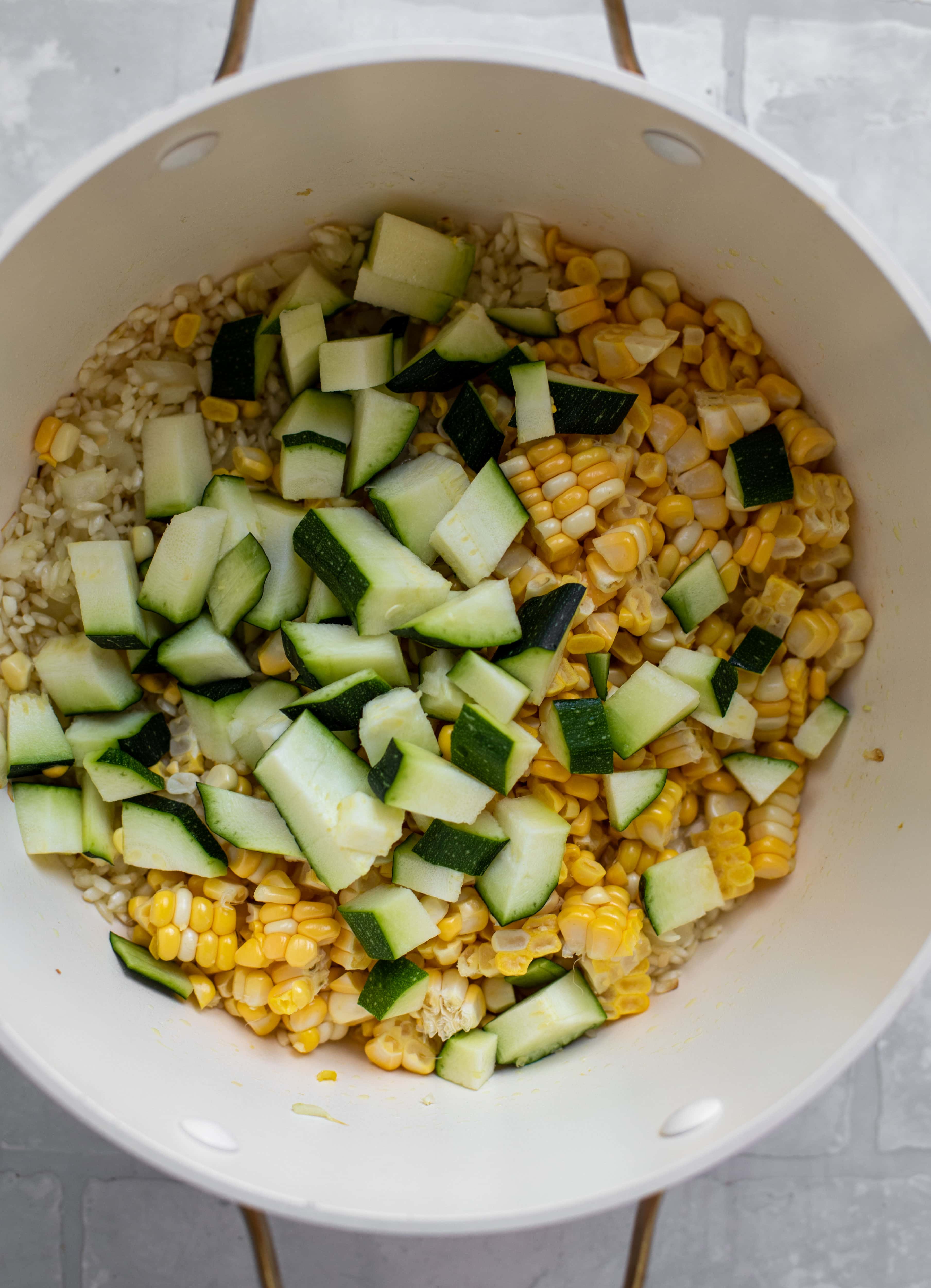 These bell peppers are stuffed to the brim with a summery parmesan and vegetable risotto then showered with crispy, crunchy breadcrumbs. Then baked until warm and cheesy and wonderful. 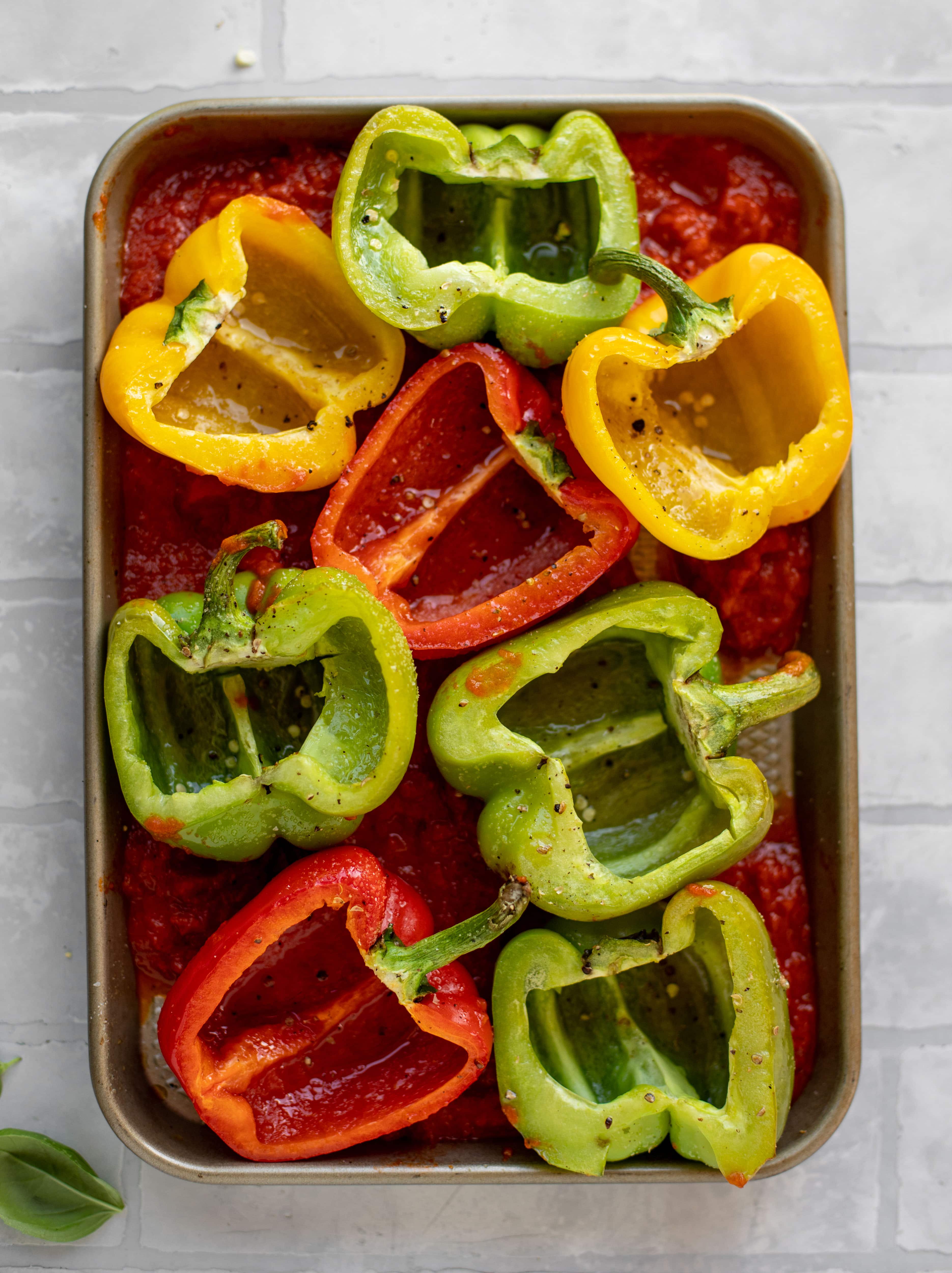 Now, this isn’t like super creamy, melt in your mouth risotto. I mean, it sort of is! Since we’re using the arborio rice. But it’s more like a quick risotto that comes together in a few minutes rather than an hour. And you stuff it in those peppers and then let it baked all together. 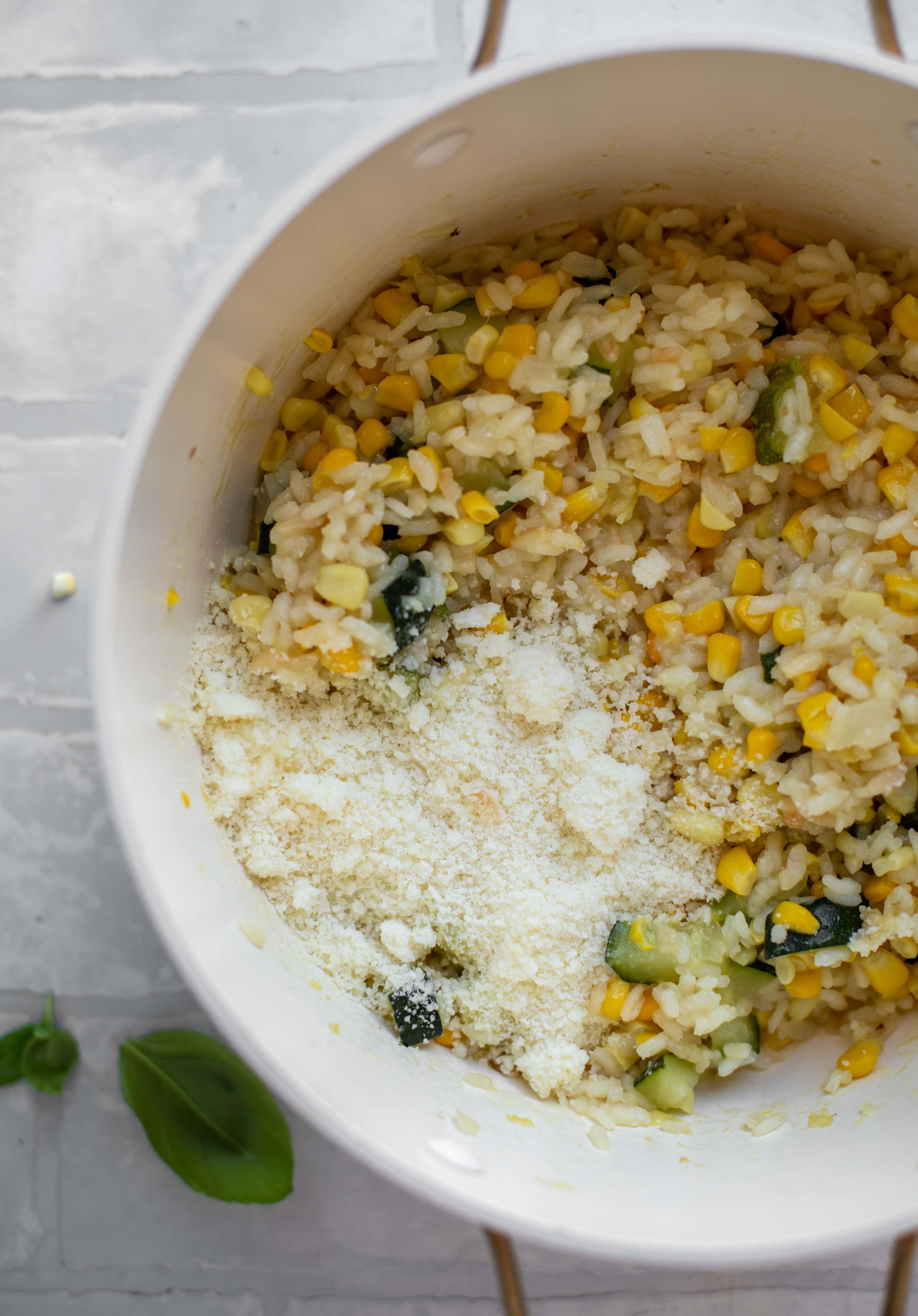 Much like my turkey taco stuffed peppers, the secret is roasting the peppers just slightly beforehand. This makes them slightly sweet and almost caramelly, it makes them more tender to bite and overall enhances the entire dish. And it really doesn’t take much work since it’s essentially passive time! Stick the peppers in the oven and prep the risotto while they do their little pre-roast. 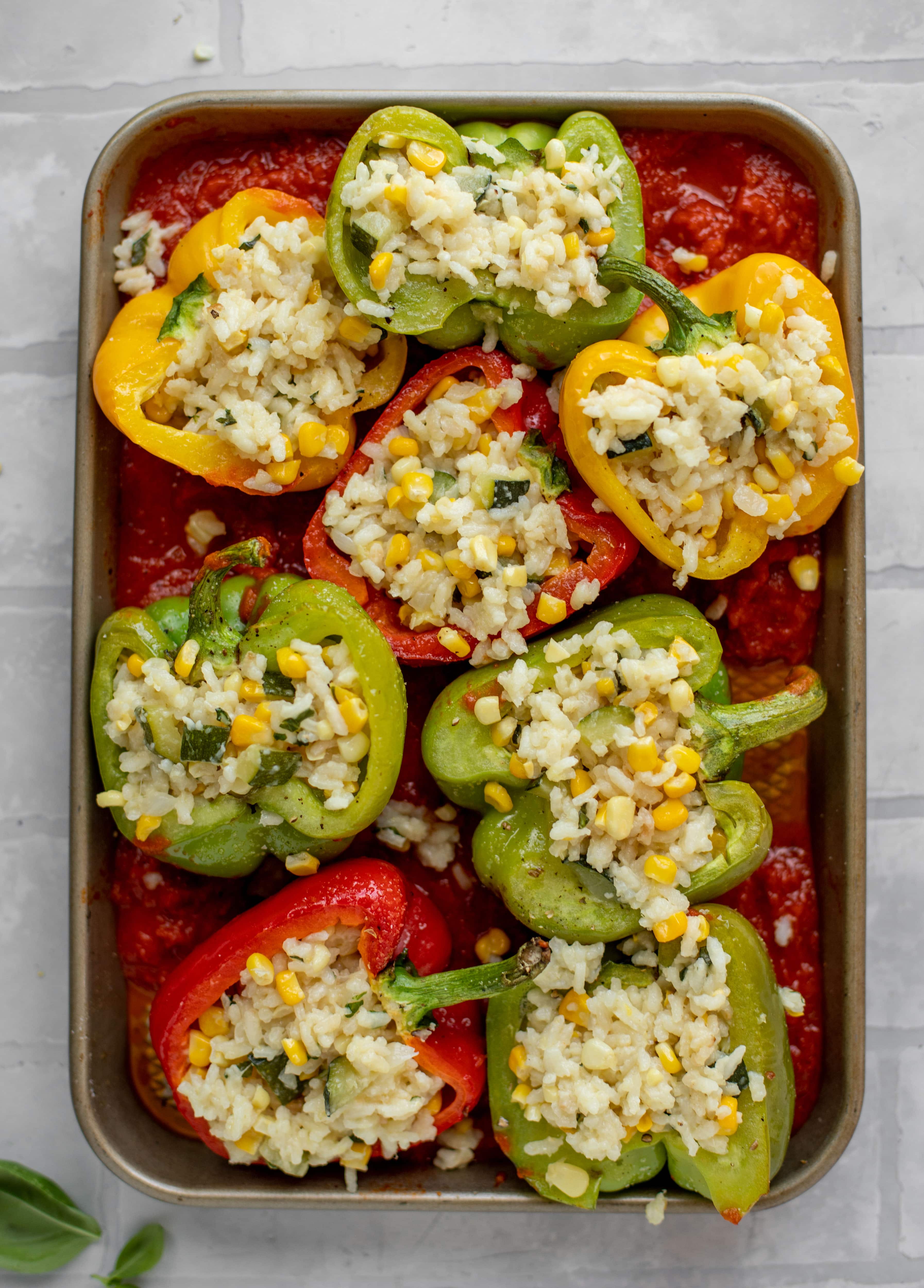 Since we’re in the heart of summer right now, I like to keep things seasonal here and use corn and zucchini. You could also add in some chopped cherry tomatoes or even a whole other bell pepper! Anything you have on hand and love, that’s what you should use. 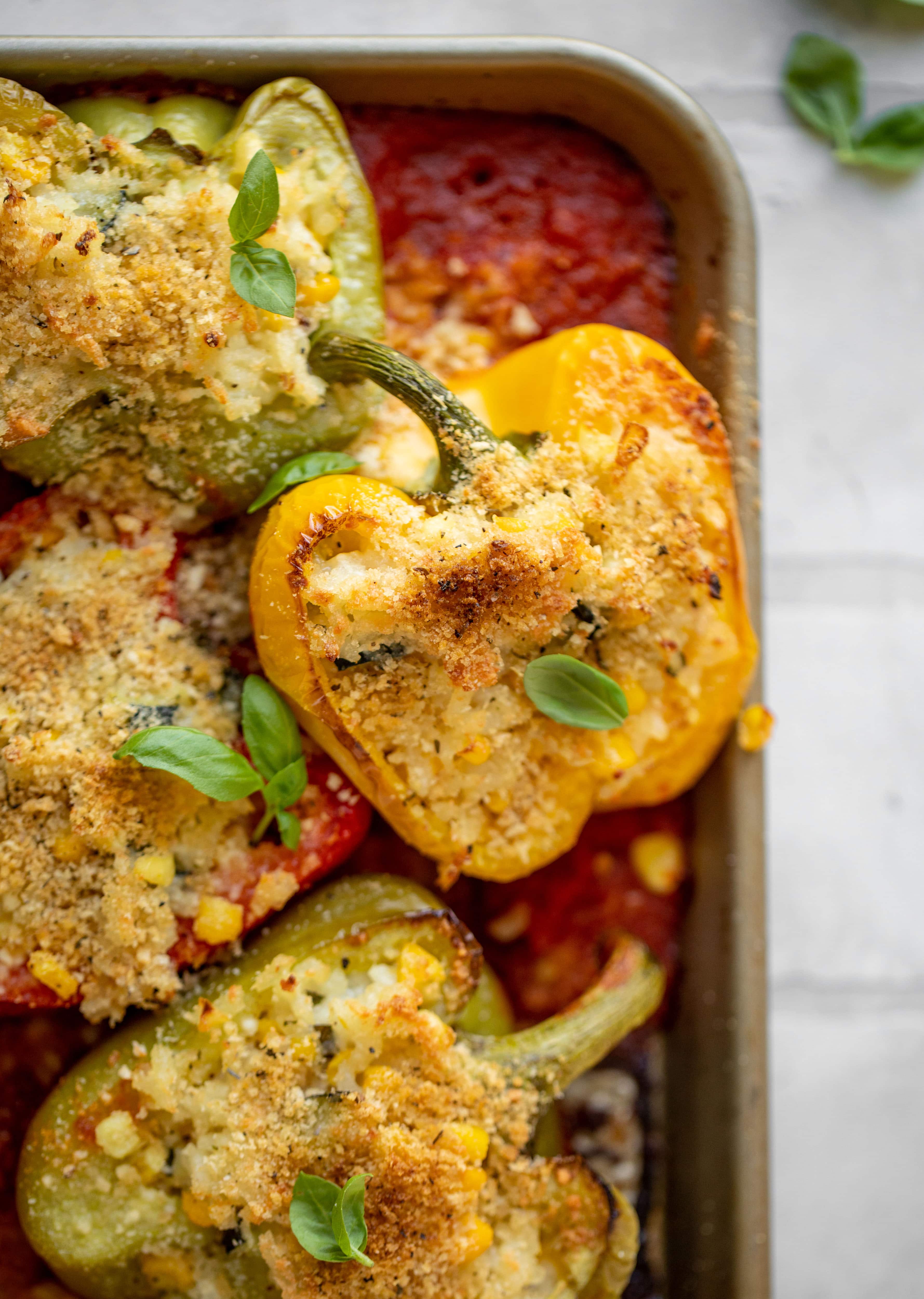 I debated on the marinara under the peppers. Tomato saucy peppers were not exactly what I was going for, but after a few tests, I deemed the sauce necessary. They just need something a little extra to give them that comforting feel. And while I don’t put the marinara on top of the peppers, you can do definitely do that if you love your marinara! 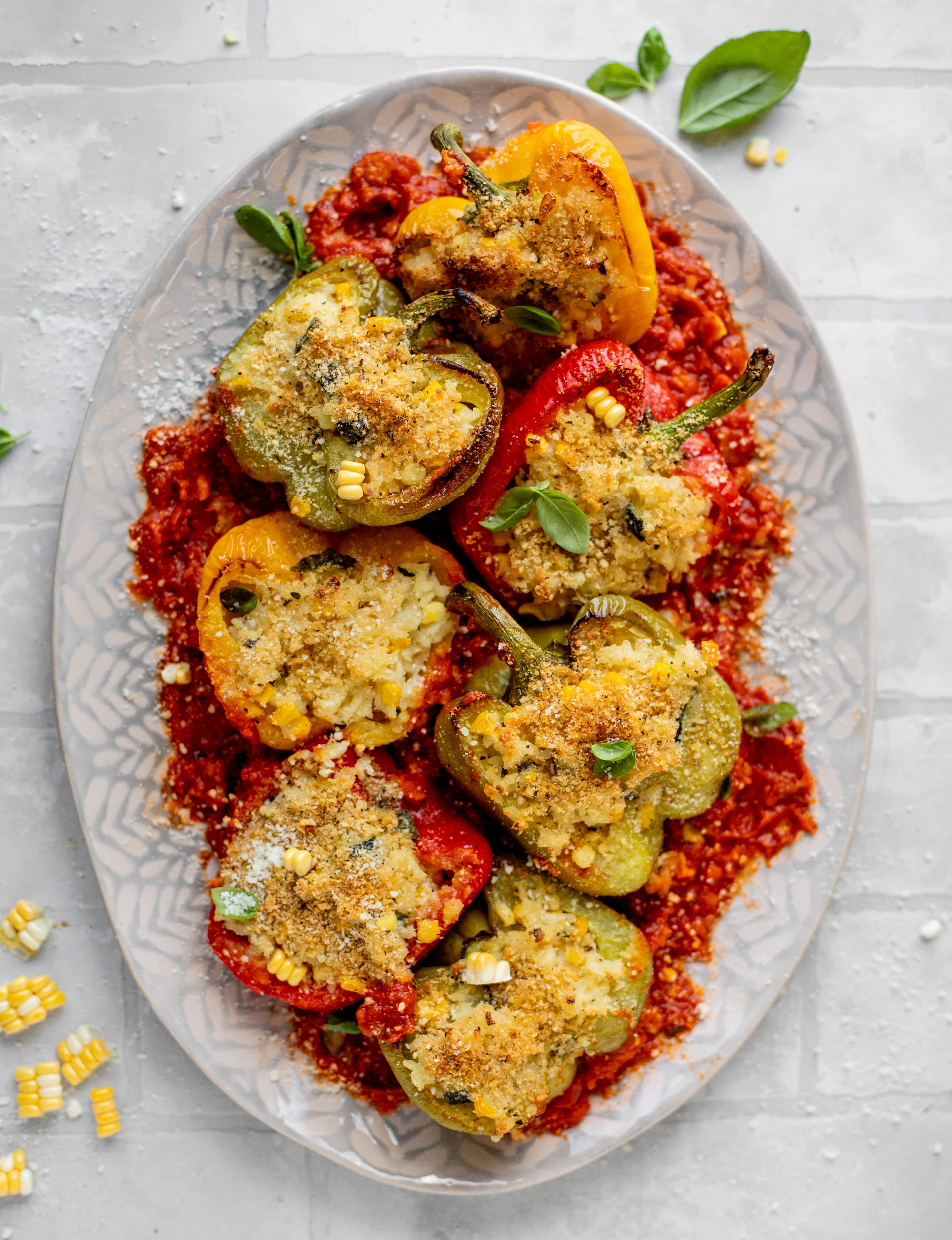 Um, also – if it’s ten million degrees where you live, you can also make these on the grill. Do a quick pre-grill of the peppers, making the risotto as the recipe calls for, and then stuff the peppers and grill some more! You can use a cast iron skillet with marinara or if you skip the sauce, you can put them on a grill pan to catch any falling risotto. But ultimately, the flavor is fab. 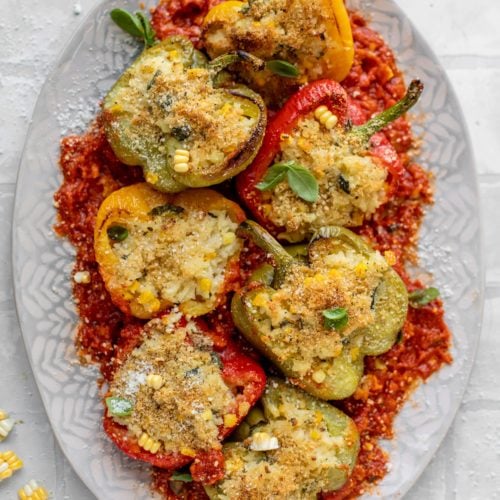 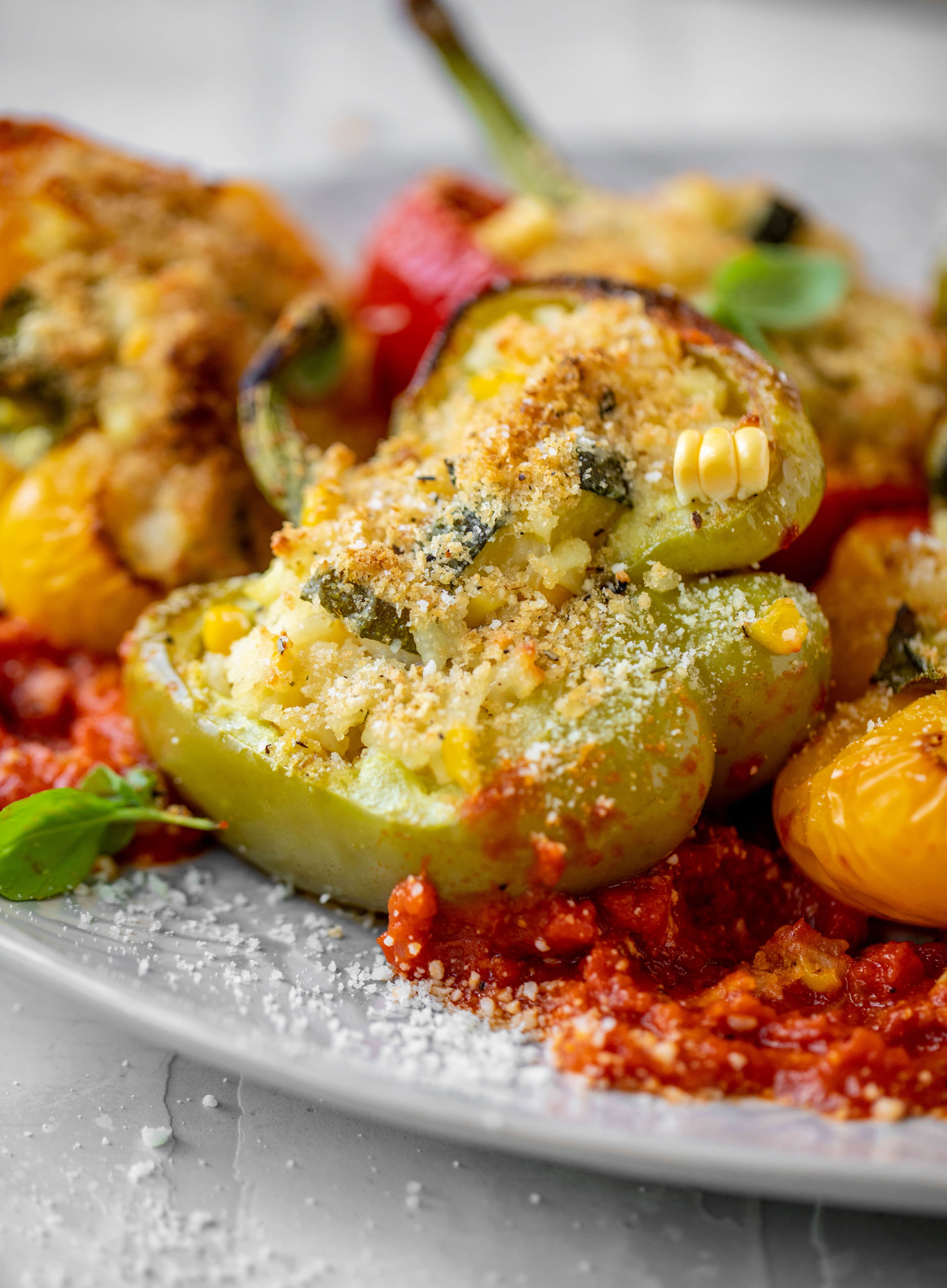