Military Police Belong in the Military 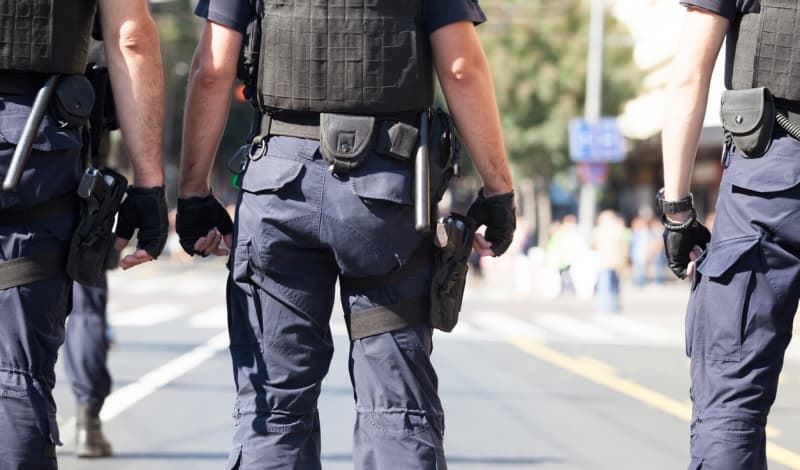 I was out in New York City a few times during the height of quarantine. I work part-time at a hospital and that makes me an essential worker. Manhattan was barren, empty, quiet, transformed into a stunning scene, people say it was like that Will Smith movie — I Am Legend. They’re not wrong. The only people out were the people who had nowhere to go, and that was really eye opening against the backdrop of a city in hiding.

It also brought to the foreground some serious discrepancies in our society. As I crossed town, a singular theme evolved in my mind, we’re leaving people behind. Our intertwined cultural and economic divides are making the American dream unattainable for so many people. These aren’t “lazy” people. Some are veterans, many are victims, but they all deserve our attention.

I’m not saying those who scrounge would benefit from a handout though. They need access to services, the first step in lifting them up is getting them to soup kitchens, shelters, and yes, even mental health care. These services are clearly out there, however there’s some flaw in connecting them to the underserved in need.

From home to hospital, the tragic scene weighed on me and my empathy. The quiet, solitary commute was interrupted by the sound of my own thoughts as I argued internally that I couldn’t help them all, especially not alone. I was crossing more and more homeless, and it was crushing my spirit until I realized I wasn’t alone with them. The only other people I crossed were the city’s police officers. This new backdrop painted those officers in a different light. Temporarily on pause as the protectors of a bustling society, I could now see them as symbols, contrasting the poverty and despair.

In that moment, those two cultures were unmistakably partitioned by their hands and hair. One group, clean and clipped, the other disheveled, greasy and grimy.

Quickly assessing people who do and don’t fit in is a habit I picked up while serving overseas. Usually when I cross the despondent in New York City, I give attention to hands and hair. Many people take for granted the ability to wash your hands or hair, yet it’s usually apparent when you don’t have that luxury. I don’t typically equate clean hands with the homeless, and this was not my normal commute. Regardless of normalcy, or the assessment of my surroundings, these two groups fit in with their crowds. But on the subway platform, their cohorts were on opposite ends of the spectrum.

Oddly, in the New York City subway, it was the officers who looked out-of-place. It was a segregated look, representing barriers and bias. As a veteran I have great respect for police and the demands of their service. So when I looked at them in this subway station, I saw them as myself. They were immediately relatable to me as sister service members, and I couldn’t help feeling as though they were disadvantaged by a clear failure on the part of their leaders.

Our government has such a big emphasis on interacting with society through policing efforts, and the public health crisis made it clear some people don’t need law and order as much as they just need help fitting in to society.

I was never a police officer though, military or otherwise. I served as a Civil Affairs non-commissioned officer in the Army. That military occupation brings with it certain expectations. We’re often considered the Army’s subject matter experts when it comes to cross-cultural communication. So when the Army needs to win hearts and minds, her civil affairs soldiers take the front lines in that fight. I spent my combat deployments working closely with the people who lived on the battlefield. It was time spent in their homes, with their families, and many times advocating on their behalf. 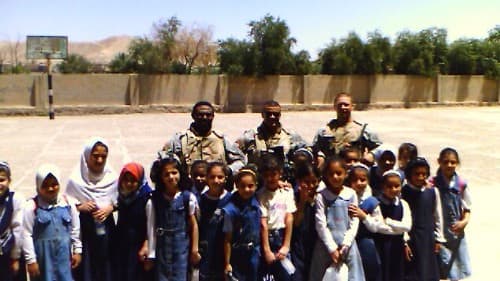 My service taught me that when people don’t share the same spoken language, they fall back on nonverbal communication, and that includes things like empathy and personal insight. That’s not the sort of training you get at a police academy or a rifle range. While our training came courtesy of the Army’s Special Warfare Center, it’s incredibly important to note it was focused on people just as much as weapons and tactics. We studied language together. We ate food together. We shared all the little things that make us people, and we learned to do that as both a gesture of goodwill and a means of connecting with each other beyond a superficial level.

We learned to communicate across cultures by breaking down barriers. That’s how we bring people together. It takes effort, but success requires patience, willingness, and an acceptance, of not only your counterparts’ strengths and weaknesses, but your own as well. That level of introspection is why our training environment included restaurants and couches, on top of ranges and parade fields. Recognizing that training deficiency, the inability to break down barriers, is what shaped my view of these officers as disadvantaged.

But this goes beyond my own experience and expertise. Amy Cuddy famously studied the concept of self-perception and the human body’s impact on the mind. I would argue that my point is supported by her research, and that we can, and should, extrapolate from her work the additional idea that posture, attire, and uniform impact our perception of ourselves and others. I say this as a soldier with vast experience on the topic. I know for a fact, body armor creates barriers, and not just for physical protection. It adds to a complicated thought process on both sides of the armor, consider it added “mental distance.” These officers can’t relate to the people they serve, and to the people they protect… they aren’t relatable.

It’s not just the body armor though, it’s the complete embrace of military gear, infantry tactics, and a hawkish culture of protection through force projection. Police forces are not military forces, and I can’t stress enough that there is actually a distinct difference between military and military police within the military. The leaders of neighborhood police forces have hamstrung their officers with insurmountable barriers, rendering them incapable of performing their duties. They’ve created a cognitive bias of fear and distance, portraying themselves as warriors, not protectors or servants.

People struggling with their own barriers and demons are not better served by the protection of scooping them off the street for an overnight bed in a cell. Rather than dole out the kind of protection that comes with a police wrap sheet, why not get them the help they need in a shelter or program? That’s what community is about, and it’s what is most sorely missing from the current model of “community” policing.

I dwell on this cultural divide, and our failure as a community, while I commute through New York City. But there is a larger conversation about defunding and disbanding police in America today. Our government serves to protect its citizens, and overstepping that boundary of protection unquestionably deserves discussion. After so many instances of police brutality have been brought to light, we know that discussion now warrants action.

A picture is worth a thousand words, and the images of police clearly communicate brutality. It’s the follow up action of correcting police deficiencies that will fail without correct communication. It’s not about “defunding” and we can’t fall back on stereotypical terms like “social work” when that is not a viable solution. America needs to be smart enough to understand a critical point. The same leaders that failed their police forces have turned to painting pictures of opposing sides as either “social work” or “military police.” That partisan tactic not only further divides us, but it doesn’t work because the solution isn’t one or the other. The solution lies within bridging a gap between two cultures. Speaking as part of the veteran community, we feel the effects of being outsiders, especially after returning home after years of service. For us it’s defined as the civil-military divide.

But in my previous military capacity, bridging a civil-military divide was just another day at the office, an office where we broke down barriers. As an American, I ask that our leaders not only enact real reform, but rally both people and communication around bridging barriers. That’s what the solution looks like.

This post was previously published on Equality Includes You and is republished here with permission from the author.
—

If you believe in the work we are doing here at The Good Men Project and want to join our calls on a regular basis, please join us as a Premium Member, today.

All Premium Members get to view The Good Men Project with NO ADS.

Need more info? A complete list of benefits is here.

Talk to you soon.

The post Military Police Belong in the Military appeared first on The Good Men Project.