If we’re serious about saving the Earth, we have to start listening to native elders Indigenous people have much to teach about living in balance on the planet.

This was published before COVID, as we've experienced it in the U.S., was a thing.

Mother Earth is clearly in a state of convulsion.  Her entire life support system is clearly at risk.  Going forward, we must center Indigenous voices and epistemologies, or ways of knowing.

Our very survival as a human species depends on it.

Thanks to Juan Tejeda for sharing. 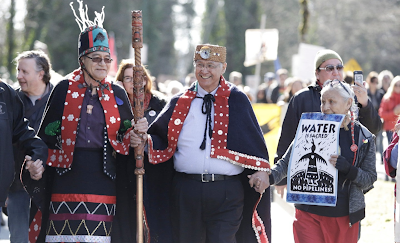 If we're serious about saving the Earth, we have to start listening to native elders